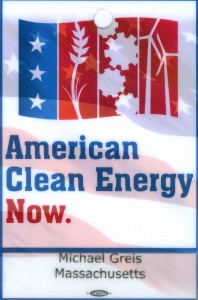 Last week, I participated in the Clean Energy Network fly-in to Washington in support of comprehensive energy and climate change legislation. Although no single event is likely to overcome the US Senate’s inherent bias against action (on almost any major issue), the two-day effort made the compelling case for comprehensive energy and climate change legislation very clear.

Taking place during the pre-recess window to move legislation forward, though, there is much more to the story than that. So in this and a series of following posts, I’ll outline some key threads of what happened, and where we may go from here:

A separate post summarizes of the available video from our Clean Energy Town Hall Meeting, held on Capitol Hill as part of the fly-in.

The Case for Action

The key arguments, distilled to their essence, are:

Each one by itself is a reason to act. Considered together, can there be a single one of the 100 US Senators that does not consider at least one of these a priority?

What truly gave the message its compelling power, though, was the breadth of the people and groups that delivered it.

Nearly to 200 people from about 20 states came to Washington. They were drawn not just from among the 80 grassroots organizations from around the US that make up the Clean Energy Works coalition, but from the extended networks of those groups.

The diversity of geography alone spoke volumes. If people from states as differently situated on energy and climate as Massachusetts, Alaska, Florida, Louisiana, New Mexico, Michigan, Pennsylvania and South Dakota – can come together to speak to the imperative for comprehensive energy and climate legislation – surely their representatives can find a way to respond in kind.

The individual participants themselves brought a variety of backgrounds, experiences and interests. Each could speak personally to one or more of the arguments for action. In doing so, they brought with them the voices of many others like themselves. Those voices included:

The diversity of this group is a powerful reminder of how broad and deep the desire to take action is in America. A poll done earlier in July by Benenson Strategy Group showed 60% in support of comprehensive action on energy and carbon pollution and 35% opposed. More tellingly, when the poll was prefaced by two strong advocacy messages – one for and one against, the numbers barely changed, with 57% supporting action and 33% opposing it.[1]