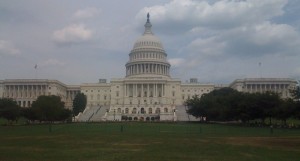 “Sixty is the new fifty” may have first been said about aging baby boomers, but it’s also the new reality of getting anything done in the US Senate. Although the Senate’s rules have long been structured to allow careful deliberation or endless delay, depending on your view of a particular situation, their use has been seemingly ubiquitous in the last year.

Though the filibuster is linked in the public’s mind as something deployed as a tool of conscience by a lone Senator – Jimmy Stewart’s honest everyman – the truth is that the minority party in Congress has regularly made use of these vehicles. What seems different this past year is the blanket use of those rules in an explicit strategy to prevent anything from being accomplished by the Administration and majority party.

There is an appeal to the idea of the Administration and Senate leadership simply saying that this legislation is too important to the future of the country to be held hostage and requiring the opposition to have to make their arguments. The facts are clearly on the side of action. The American people don’t like obstructionism once they see it for what it is. And Jimmy Stewart, alas, is no longer with us and therefore won’t be making the case for the opposition.

The administration and Senate Leadership, however, have shown little interest in the filibuster option. They did not do it during the health care debate and seem unlikely to change now. In any case, it would not be a likely option before an August recess in any case. The country is not focused on Washington in August and there’s no cost to the delay.

September (the so-called lame duck session) is a more interesting option. One-third of the Senate and the entire House want to return home to campaign. Sustaining a filibuster then has a higher cost. It can always be a double-edged sword, but if your case is strong and can be communicated effectively (always a challenge), it is more likely to work for you than against you. As already observed, the American people are generally not fond of gratuitous obstructionism.

Leaving that option aside, the passage of comprehensive energy and climate legislation will remain trapped in the US Senate as a result of the sixty-vote requirement. That’s a high bar for any legislation. Like any legislation that will introduce fundamental change on a national scale, energy and climate also runs into regional differences. Because regional differences are easy to portray and create a strong story line, they are heavily played up without consideration of the real complexity behind them.

For example, the largest perceived divergence of interests in this case is between states who depend heavily on or mine coal for electricity generation and those who don’t. There is another view, however. The coal industry as currently constituted is the dirtiest energy source and is thus most exposed to replacement by other technologies. The current construct for comprehensive climate and energy legislation throws coal a lifeline – allowances to help the industry transition to a potentially cleaner future (if carbon capture and storage can be made to work economically). If there is no legislation, the significant financial injection disappears. A coal industry that has to make the transition on its own – under EPA regulation or a different market-based scheme – would result in far higher prices for consumers in those states.

Similar arguments can be made for many of the other regional “differences”. Some of the Plains states use coal and have natural gas, but they also have the largest potential of wind power in the continental US. The oil and gas jobs in Louisiana are balanced against jobs in tourism, fishing and agriculture as well as damage to the environment. The bottom line is that there are more states and Senators in play with competing priorities than would be apparent from reading the headlines.

So where could the votes come from? The American Clean Energy Now fly-in had two components – making a broad general impact on the Senate and generating popular attention and support was one, while the other, more important component was constituents talking directly to their Senators and the Senators’ staffs. The roster of states represented – nearly 20 in all – included many with Senators who were undecided or opposed but possibly persuadable. Those included:

With four Republican Senators that have shown a willingness to cross party lines and/or support for energy and climate legislation in the past, New England is the region perhaps best situated to break the logjam. One midwestern Senator, on being asked by constituents participating in the fly-in what they could do, told them, “Talk to New England”.

In the next post in this series, we’ll examine the potentially pivotal role of Massachusetts and New England in this debate.

Challenge of the last mile

One thought on “Challenge of the last mile”